Meet some of our committee members 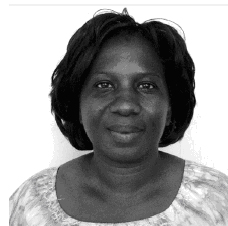 was born in Kenya, Africa and came to the United States 20 years ago as the spouse of a graduate student. Prior to coming to America Hulda worked as a journalist with the Kenyan Government for ten years, a period that really opened her eyes to the fact that individuals can really change societies. Meeting Carmen Broz at the Palo Alto Friends Meeting in 2002 confirmed for Hulda that an individual could actually change the lives of many. In the States, Hulda has worked as an administrative associate for The Language Center at Stanford University, Ecumenical Black Campus Ministry, and Wesley Foundation at UCLA. She has also worked as a caregiver to people of all ages including her own children, Dennis and Agidza Muaka. She has served as a board member on the Friends of the Palo Alto Children’s Theater for the last four years and is currently the Program advertising coordinator.  Hulda is currently in 2022 and for the past several years clerked and co-clerked El Salvador Projects Committee.

ecame a Friend in high school in 1951. In 1982, the Palo Alto Friends Joined "sanctuary" churches around the United States to aid Central Americans fleeing oppression, and in 1984 Trudy met her first friends from El Salvador. She is an artist, working under the name "Myrrh" (Mirra). When she didn't see their terrible stories of oppression in the media, she undertook a booklet of drawings, "No Puedo Decir lo Peor" in 1986 to tell others what refugees had told her. She has donated a copy to the Museo de la Revolución in Perquin. he and Paul Engstrom joined three other people in a delegation to El Salvador in 1988 to bring material aid and hear testimony from community groups. They also spent several days in the Colomoncagua, Honduras refugee camp. She was so moved by this that she painted a series of paintings on wood she calls "The Resilient Spirit," several of which are now at the Centro de Arte para la Paz in Suchitoto. Meanwhile, Carmen Broz was accompanying campaisinos in 1986 to El Barío, and came to San Salvador again in 1989 to begin education projects as the spirit directed her. Trudy became active on the committee to support these projects in about 1996, and visited them in 1999. She visited again with Lynn Mitchell in 2000-2001. They had just gotten home when the January 2001 earthquake struck! Trudy did a series of portraits and two sweatshirt designs to sell to raise money for reconstruction.  In 2016 Trudy was named our committee clerk and has clerked and co-clerked for several years.

recently retired from a 38 year career in Information Systems work. The last 33 years were all spent working on various infrastructure projects for Stanford University. He is married to Marilyn who has also recently retired as an attorney. They have two children, Tanya and Gabriel. Tanya is married and has two children. Gabriel is also married and is expecting a child in October, 2007. Bill stated attending the Palo Alto Friends Meeting in about 1972 and joined the Meeting in about 1987. He listened to Carmen Broz' vision of her passion for the people of El Salvador and became involved in helping her realize her dreams. He began by managing the mailing list for the various newsletters and the donor list. He was clerk of the committee for one year and more recently is managing all the accounting for the committee and keeping track of the student/sponsor relations for the university loan program. 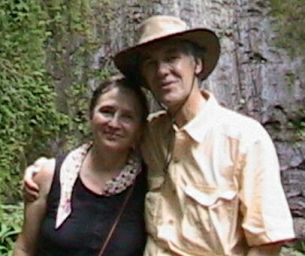 have been supporters of the el Salvador Projects since Carmen Broz began them in the mid-1980’s, through the Palo Alto Friends Meeting in California, where Jamie is a member, and the Gila Friends Meeting in New Mexico, where Marion is a member. Their families and the Broz family became close friends when all were members of the Phoenix Friends Meeting in Arizona in the 1950’s, when Marion and Jamie were young children. Both Jamie and Marion are teachers – Jamie is a Professor of Psychology at San Francisco State University, and Marion teaches kindergarten at Peninsula School in Menlo Park. They spend the academic year in California and the summer in New Mexico, where their family members include two grandchildren. Both Marion and Jamie are fluent in Spanish. They visited the projects in El Salvador together in 2004, as part of the first delegation of project supporters, and Jamie returned for a second visit in 2006.

learned about the work in El Salvador supported by Palo Alto Friends Meeting from Carmen Broz and members of the committee over the course of many years as a member of the Meeting. When her son, Brendan Darrow, spent five months living and working in the project communities during his junior year of college, her understanding of the work increased substantially. Mary Pat has lived and worked overseas twice in her own life. She spent a year teaching in a rural high school in the southern Philippines as a member of Volunteers in Asia during her junior year in college. She and her husband, Ken, lived and worked in Nepal for two years as part of a United Nation Development Project in the early 1980’s. These experiences helped to shape Mary Pat’s world view and develop her interest in the cultural differences of the people now living in the San Francisco Bay Area. These interests and insights have also served her well in her work as an elementary school principal. Since becoming fully retired in 2022, Mary Pat has rejoined the El Salvador Projects Committee. 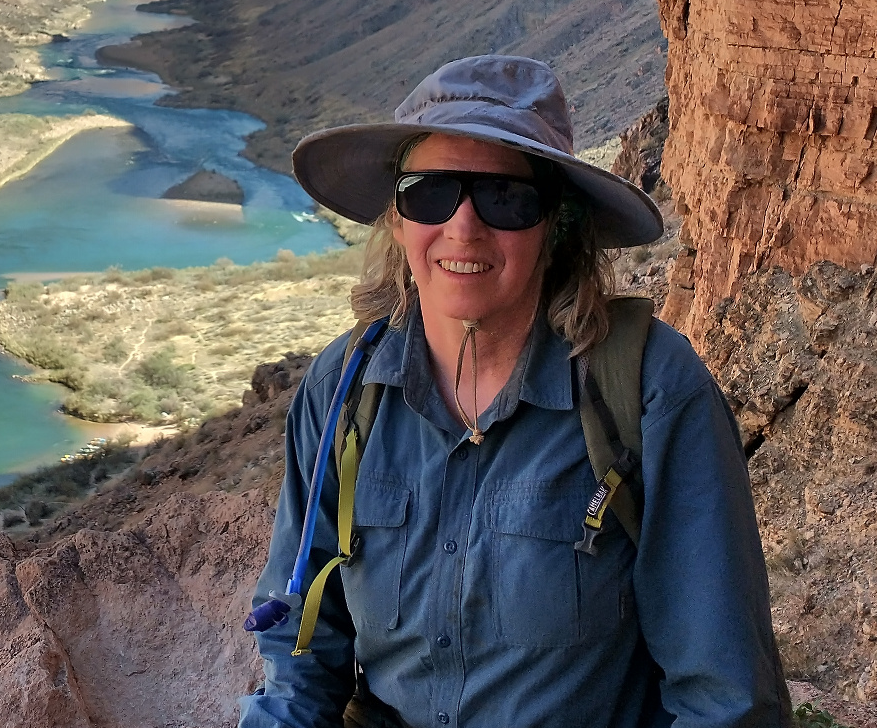 is delighted to be able to serve with the El Salvador Projects Committee. She was a Peace Corps Volunteer in El Salvador 1978-1980 (early 1980!).She has been grateful to have been able to spend two years in a small town working with people in agriculture and other projects. Since she returned, she translated for Cuban refugees; for a Salvadoran family in the Sanctuary movement; helped with translation for a Bolivian student at Pendle Hill; and has been doing Spanish AVP workshops in her local prison. She was able to visit El Salvador again in 1991 following the World Conference of Friends in Tela, Honduras.  She is a retired botanist and is glad to work in her garden and volunteer with a variety of projects. 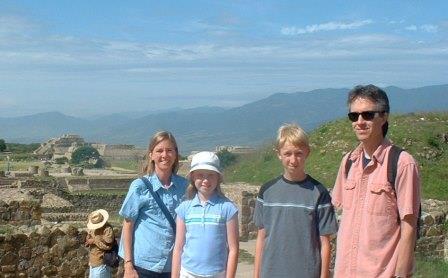 attends Palo Alto Friends Meeting. He is married to Mary Klein, the current editor of Western Friend. Their children, Robert and Rose, visited El Salvador on Service Learning Trips and were deeply moved by the experience. After learning more about the history and scope of the El Salvador Projects, David joined the committee in 2011. He became treasurer in 2021 when Bill Bauriedel stepped down after serving in that position for many years. A guiding principle of this work is that education is a basic human right. Supporting students in El Salvador is also reparation for past wrongs by the United States in Central America. David is a NASA-funded scientist whose specialty is the weather and climate of Mars. He recently retired from Stanford University and now works at the SETI Institute in Mountain View, California. The work of the committee keeps his life grounded.